Chuck is the first AKC Champion that we have bred!! He is out of CH Sevenly Proof Is In The Heir ("Eragon", Thriller son) and Int'l CH Aquarius She's All That ("Vicki", Trotyl daughter), whelped on March 1st, 2009.

His very first time in the ring, he won WD/BW and BOB under Beverly Capstick at the age of six months!
He went on from there to place 3rd in his class at the DPCA Nationals in Kentucky!
On Nov 21, 2009 he won WD/BW for a 4 point major under Judge Klaus Anselm out of the puppy classes!
Chuck won Best Of Breed at the Marshfield Kennel Club Dog show on May 1, 2011.
Chuck won Winners Dog, Best Bred By and Bred By Group Three at the Cambridge Minn KC show on June 25th, 2011 under Judge Stan A Zielinski. This finished Chuck with a FIVE POINT MAJOR!!!!!

Chuck is also a UKC and International (IABCA) Champion.
Chuck is the UKC #4 ranked Doberman for 2011 in limited showing!

Chuck finished his AKC Grand Championship on Jan 4th 2013, thank you to Heather Carlson for helping him achieve this goal!

We could not be happier with this dog!

Chuck's daughter, Windsong's Intrigue Fayek "Brie" started her show career out with a bang! 3 UKC BIS Puppy and 1 RBIS her first weekend out! We expect great things from this little girl.

Ch Lyndobe's To Infinity And Beyond, is Chuck's first Champion! 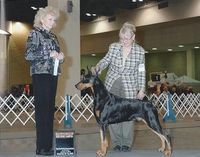 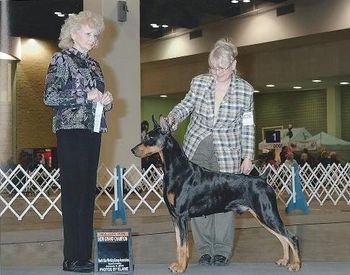 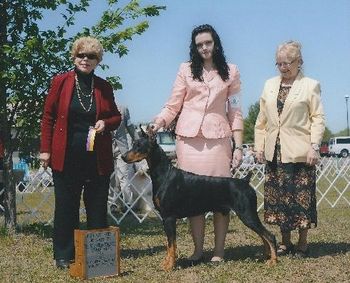 BOB at Eau Claire May 2012! Thank you Heather Carlson for handling Chuck to this win! 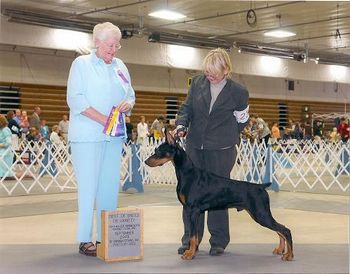 First time in the show ring, WD/BW and BOB for two points! 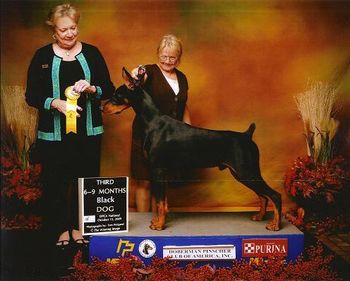 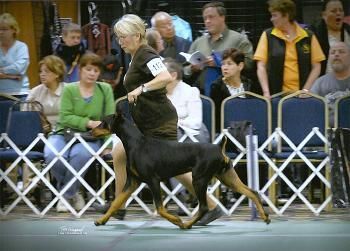 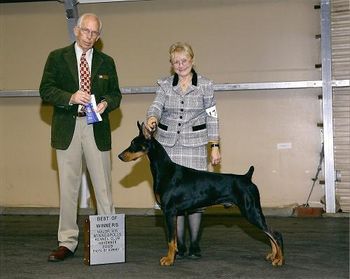 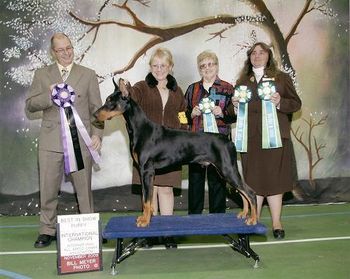 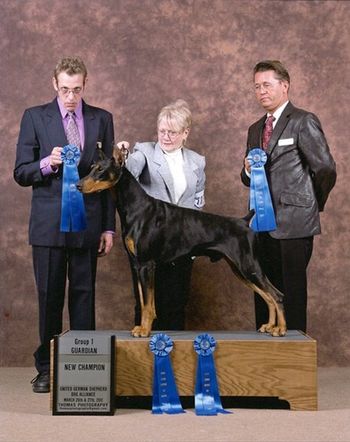 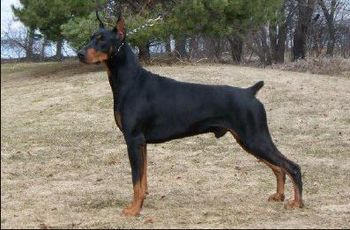 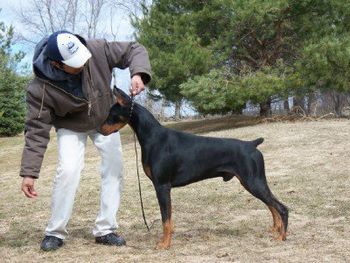 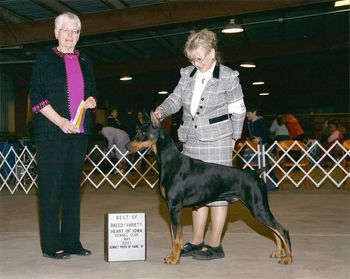 WD/BW and BOB at the Marshfield KC dog shows 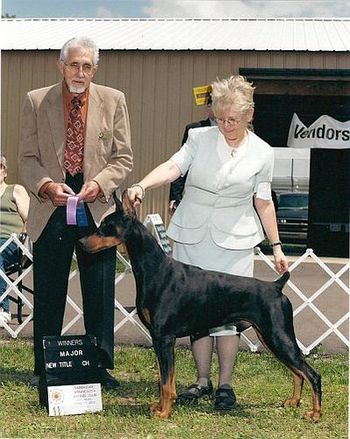